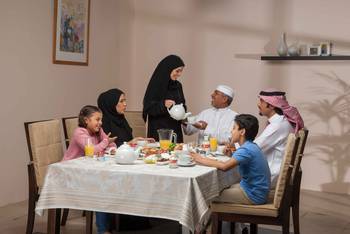 In fiscal year 2014, Hochwald increased revenues to €1.59 billion (+6.2%) with milk intakes of 2.28 billion kg (+5.7%). The strategic investment package, with a volume of roughly €180 million was finalised, and the 2020 Future Concept was launched. The price of milk has further increased its margin over the 2014 national average, and continues to develop positively in 2015 relative to the overall sector.

With the annual general meeting, the Hochwald Group closed out a good business year. The company achieved a consolidated sales revenue of €1.59 billion (+6.2%). €675.3 million was generated in export, equalling roughly 42.8% of total revenue. Hochwald exported end-consumer products both under its own brands and under customer brands in over 100 countries. The development in revenues in third countries was especially pleasing; this portion rose from 11.3% in 2013 to 13.9% in the reporting year. In 2014, Hochwald paid a milk price of about 38.7 cent/kg at 4.0% fat content and 3.4% protein, including supplementary payment; the margin above the national average of 37.55 cent/kg could thus be further increased. The firm has grown organically through new participants and suppliers; over the period from 2015 to 2017, new milk suppliers from Germany and Austria will begin deliveries for a total of roughly €45 million. In the preceding years, around €180 million was invested in production plants and fixed assets for corporate strategic realignment. Through expansions in capacity and product range, Hochwald prepared itself for these milk delivery increases. In 2014, investments of around €90 million were made. At the same time, equity capital increased to €151.7 million, and profit increased to €4.6 million for the reporting year. The construction of a factory for demineralization and drying in Hünfeld, Hessen, has opened up a new area of business for Hochwald, allowing it to become a system supplier for international producers of baby and children's food.

The 2020 strategy was presented at the general meeting. Goals of the "Increased Value Creation through Internationalization and Growth" strategy remain as before – to generate a milk price which remains as high as possible above the national average, and to continue the further long-term, independent development of the company. According to Dr Karl-Heinz Engel, Chair of the Managing Board of Hochwald Foods GmbH, "In the preceding years, structures have been put in place, and investments in brands, markets and employees have been made." Growth in the dairy sector is taking place outside Germany. Growth in demand for milk products is especially strong in third countries. "Germany remains an important market for us, where we continue to grow with brands such as Bärenmarke and which we want to develop further."  With its 2020 strategy, Hochwald continues to count on continuing exports of end-consumer products, and plans to be actively present in strategic growth markets through local production facilities. In 2015, roughly €50 million was invested in fixed assets. With subsidiaries in other countries such as Dubai, and with cooperation between German and European dairies, the Hochwald Group has laid the cornerstone for these plans. Growth together with partner companies is also possible. Engel continues: "Our firm has, in the past, played an active role in structural processes, and will continue to do so on national and international playing fields."

Sales in the current fiscal year are developing well; due to decreasing prices in Germany and worldwide, both Hochwald's revenues and its milk price lie below the level of the previous year. Exports of end-consumer products – such as the Bonny premium brand – form an increasing portion of revenues, especially in third countries, and thus contribute positively to development in revenues. Milk prices in Germany are decreasing. Hochwald's milk payments for 2015 remain above the national average, and will remain stable at least through July. A milk price above the national average can also be expected for the complete 2015 fiscal year, provided market development remains stable.