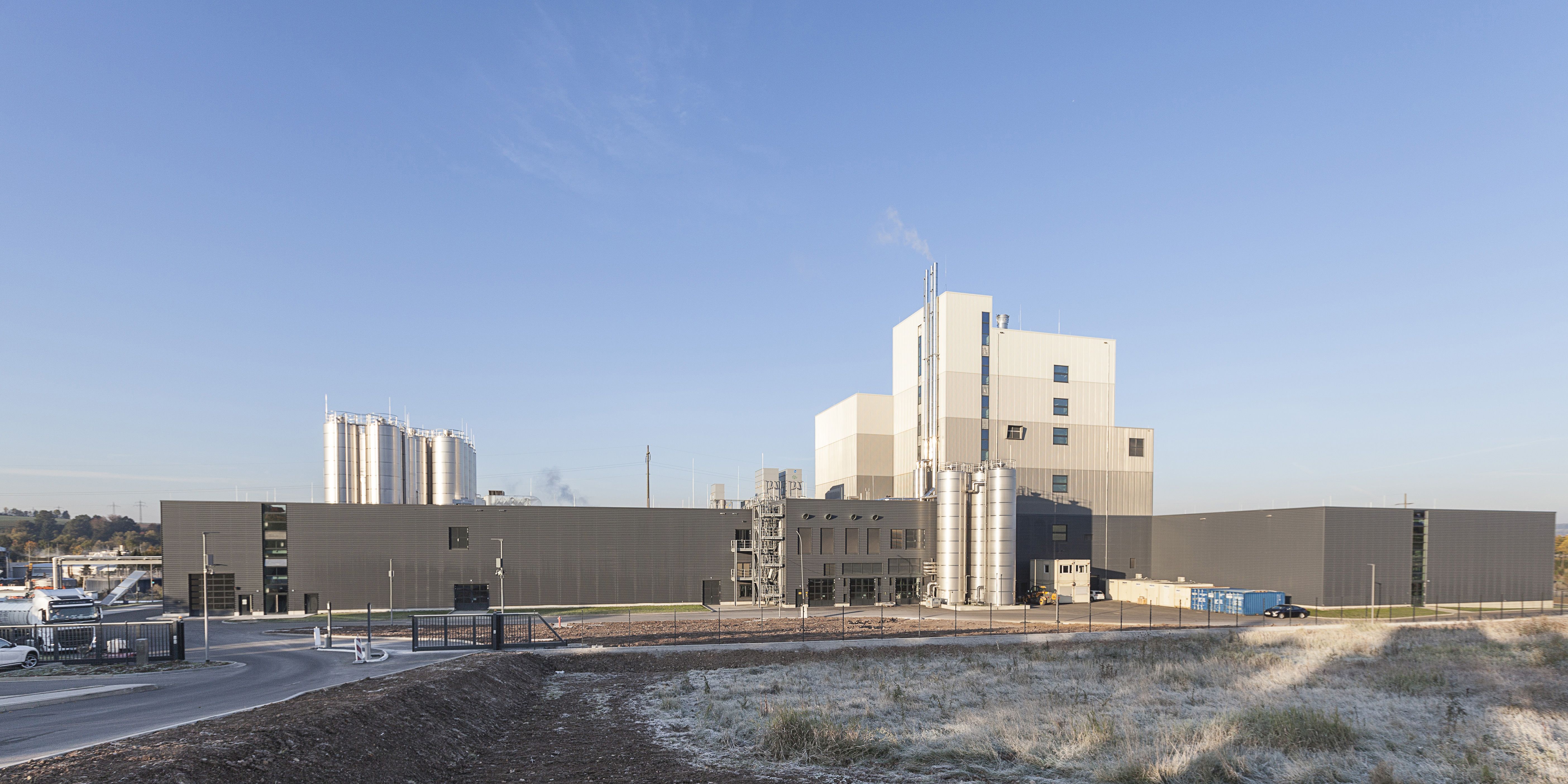 In 2015, a difficult year for the milk industry, Hochwald held its ground better than the German industry average with a turnover of €1.44 billion. The milk price was also once again better than the national average, as embedded in the company’s goals. The current financial year had a difficult start and the high global milk collection is encountering continued flagging demand. With the Hochwald Group’s realignment and cost optimisation programme, Hochwald is committed to sustainable corporate development.

In 2015, high global milk production and simultaneously restrained demand led to a milk surplus. The comparatively high milk prices over the previous years stimulated production, whereas growth in the global trade of milk products was interrupted due to weak demand in China and the Russian trade embargo. These developments shaped sales growth in the 2015 financial year. In the year under review, sales fell by 9.4% to €1,440.3 million (previous year €1,589.6 million). Exports made the largest contribution to sales. Though business was affected by the fall in crude oil prices and the political crises in a number of sales markets, overall it was possible to maintain the volume compared to the previous year while prices fell slightly. Sales to third countries even increased by over 7%.

Investment in the year under review remained on par with the previous year at €91 million. A major project was the construction of a production plant for demineralised whey powder. This allowed the group to tap into the high value-added segment of baby and infant nutrition. Despite high investment in the new business area, it was possible to keep financial liabilities at the previous year’s level. Key financial figures are strong.

Trends on the milk market also put pressure on milk prices. Global milk prices fell by about a quarter in comparison to the previous year. A performance price for 4.0% fat and 3.4% protein including additional payments without VAT of 30.80 ct/kg could be paid to the milk suppliers of Hochwald Milch eG; the milk price is therefore 1.50 ct/kg (previous year: 1.15 ct/kg) above the average German milk payment. The gap with the German national average has further widened in comparison with the previous year.

The Hochwald group’s turnover will continue to fall in 2016. The year experienced a difficult start as high milk collection comes up against continued flagging demand. Political crises in some Arab states and in Africa, and the fall in oil prices are causing some countries to reduce their milk imports. International trade is suffering under stagnant growth of global markets, though initial signs of recovery can be identified.

Detlef Latka, Chief Financial Officer: “Despite market trends, we expect that even in 2016 an above-average milk price can be paid by the group – though at a lower level than 2015. The payment price was already above the German national average in the first few months.”

Hochwald is committed to sustainable corporate development and is expanding high value-added business areas. “By tapping into the baby and infant nutrition segment and commissioning the drying plant in Hünfeld, at Hochwald we have reached a new level of milk processing,” said Chief Operating Officer Karl Eismann.

The development of a new strategic alignment “Hochwald 2020” together with a consultancy firm was begun at the end of 2015. The first steps have already been implemented. The sale of the meat factory in Meppen and collaborations with the Schwälbchen Molkerei AG are components of the group’s reorganisation. In light of the situation on the milk market, Hochwald implemented the cost optimisation programme in 2016, and approx. €10 million will be saved over the rest of the year.