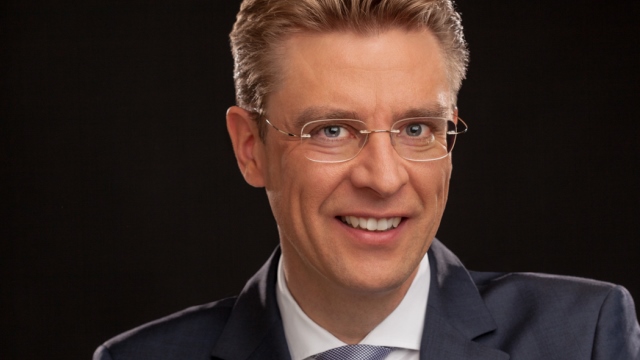 A new member is appointed to the Hochwald Management Board

The Hochwald Management Board now assumes a third responsibility. Thilo R. Pomykala (48) will  join the Hochwald Group as of  1 September 2019. Mr Pomykala will become Chief Sales Officer and a member of the Management Board. Hochwald has restructured and realigned its sales divisions in recent months. By appointing a new Chief Sales Officer, this process is now complete. Thilo R. Pomykala will be responsible for the National Brands, Consumer Products International, Private Label Europe and B2B sales divisions. The heads of these divisions will report directly to him. Mr Pomykala began his career at Unilever, where he spent eight years working in various sales positions, before successfully holding leading roles in the dairy industry for more than 15 years. In 2002, he joined Hochland Deutschland GmbH, where he initially was responsible for sales and then managed the brands for more than eight years as Marketing Director for Western Europe. Later, he moved on to the dairy producer Meggle, where he was Managing Director and Authorised Signatory in the Sales, Marketing and Product Development division. Most recently, Mr Pomykala sat on the Semper idem Underberg AG Executive Board, where he was responsible for Sales and Marketing and played a decisive role in shaping the company’s profitable realignment. Detlef Latka, Chief Executive Officer of Hochwald Foods GmbH affirms, “Thilo R. Pomykala does not only bring many years of experience in the industry to the table, but also a wealth of new ideas, which will be excellently implemented within the new structure.” About Hochwald Foods GmbH:Hochwald Foods GmbH is located in Thalfang, Rhineland-Palatinate. Its production facilities in Germany and the Netherlands cover the entire dairy product spectrum. Hochwald owns well-known brands such as Bärenmarke, Lünebest, Glücksklee, Elinas and Hochwald, as well as trademarks and international brands such as Bonny. www.hochwald.de Contact
Kathrin Lorenz
Corporate Communications
Tel.: +49 6504 125 129
Email: k.lorenz@hochwald.de